Steering hasn’t been considered a chore since “Armstrong” steering went the way of the Caterpillar truck engine. Before hydraulic power steering became commonplace in the 1980s, drivers had to plant their feet firmly on the floor and reef on big 24-inch steering wheels to wrangle their trucks into tight loading docks. Power steering was optional back in those days, and many fleets figured drivers were easy enough to find that they didn’t need to spend the money on such luxuries.

Within the next few years, however, trucks will be steering themselves down the highway and even backing themselves into loading docks. By adding an electric servo motor to the basic hydraulic power steering pump, truck makers will be able to control the steering directly and modulate the effort required to turn the front wheels, making the steering feel nice and stiff out on the highway and one-finger easy at maneuvering speed. Linked to legions of sensors, the steering system will soon be able to self-correct for road crown and crosswinds, and it will even center itself out after coming through a turn. And there’s even more in the pipeline.

I got my first taste of such a steering system at the Mid-America Trucking Show in 2015, when TRW hosted a demonstration of its Reax electric/hydraulic power steering. TRW Automotive has since been acquired by ZF Friedrichshafen, and development of Reax has continued. Senior Editor Jack Roberts drove a Reax-equipped truck in 2017, and came away (like I did two years earlier) amazed. You can find written and video reviews of those test drives on our website, www.truckinginfo.com.

“In conventional hydraulic systems we have lived with for the past 40 years, there a constant trade-off between high-speed steering effort and stability on the highway and low-speed maneuverability,” says Kevin Tilton, chief engineer, new product development at ZF. “It’s always a compromise when you can tune to only one steering feel. High-speed stability and acceptable feel on the highway gets the priority. Then you lighten the parking effort as much as you can while give the steering a good feel and still making it robust enough to survive 10 years in a commercial vehicle environment.”

ZF has had some variation of electric-assist steering in transit buses and motor homes since 2006, and now has programs on multiple continents to launch it in heavy trucks by 2020.

But TRW’s not the only company working on these technologies. The marketplace for electric-assisted steering is actually pretty crowded. RH Sheppard, another long-time industry supplier, is now owned by Wabco, and that group is actively developing its own systems. Volvo and Daimler both have divisions charged with developing their own proprietary technologies in cooperation with other Tier 1 suppliers.

The new kid on this block is Bendix Commercial Vehicle Systems. The company signed an agreement in October to acquire the ProSteering business of JM Engineered Products, a Lebanon, Tennessee-based remanufacturer of all-makes power steering systems for commercial vehicles. The acquisition gives Bendix a platform upon which to develop steering technology that will complement its existing suite of advanced driver assistance systems, such as Wingman Fusion.

“This fits in nicely with all the other things we are working on today in terms of advancing driver assistance,” says Fred Andersky, director of customer solutions, controls group at Bendix CVS. “We are already controlling acceleration and braking. Adding steering gives us a new dimension to work with in ADAS technologies.”

It’s important to remember that the first iterations of the technology will be driver assistance systems, not self-driving systems.

Just look to Tesla, which has faced criticism for its rather poorly named Autopilot steering technology. It’s defined as an ADAS technology, with instructions for drivers to keep their hands on the wheel, but since it will steer the vehicle, some drivers have put the system to the test – with spectacular and even deadly results. Similarly, the systems we will soon see in trucks eventually will have self-steering capability, but they are not intended to let the driver hand off control to the vehicle.

Daimler demonstrated such a technology aboard its Freightliner Inspiration Truck, a concept truck that drove itself across the Hoover Dam in a splashy unveiling to the press in Nevada in 2015. Some of those technologies have found their way into or will soon find their way into production vehicles, says Kary Schaefer, general manager for marketing and strategy at Daimler Trucks North America.

“The Inspiration Truck utilized radar and camera systems that are part of collision mitigation and lane-departure warning systems, plus the addition of automated steering gear and advancements in the software algorithms that control the braking, acceleration and steering of the vehicle,” she explains. “DTNA’s ADAS engineering team has been perfecting the lateral control of the vehicle using a servo-assisted steering gear for the last two years. We are ready to launch this product to customers as part of Detroit Assurance 5.0, and we have customers who already have early development trucks equipped with this feature. You’ll soon be hearing more about Detroit Assurance with Active Lane Assist.”

Truck makers will be taking a stepping-stone approach with this technology, rather than shooting straight for Level 4 autonomy.

“We think not only will the technology have to prove itself at each level, but it also has to be comfortable for drivers in the vehicle and other drivers out on the roadway,” Bendix’s Andersky says. “People think the technology can do more than it’s actually capable of doing because they hear so much hype about it in the media.”

Dustin Carpenter, product line director for steering at Bendix CVS, says his company is addressing that concern, as well. “We have the ability to detect hands on the wheel, and we can disable certain features if we find drivers aren’t operating the vehicles properly,” he explains. “We will be taking steps to ensure drivers and fleets are protected from certain assumptions about the applications and the roads are ready for the technology.”

Volvo Dynamic Steering is already out in the European market on its FH tractors, and its precision has been demonstrated in such viral online videos as Jean-Claude Van Damme’s “Epic Split.” It’s an electric power steering system on top of the hydraulics that uses an array of sensors and cameras to control vehicle yaw angles and steering shaft angles.

Volvo Trucks North America Director of Product Marketing Johan Agebrand says even in the early stages of its evolution, VDS has tremendous benefits.

“In addition to lane-keeping, where we nudge the wheel to alert the driver if he or she is drifting from the lane, VDA can also provide accurate counter-steering in a jackknife situation and maintain lane position in high crosswinds or even in a front-tire blowout situation,” he says. “The systems can react much faster and without the [sometimes-debilitating] element of surprise to the driver.”

Volvo Trucks North America would not say when we might see VDS here, but said engineering is under way.

With all the talk of automation and electronic control, conversation should also turn to the need for redundancy. Will regulators require redundant systems? Are they necessary with driver-assist steering systems? Will they get in the driver’s way while trying to maneuver?

The answer to all these questions is basically no.

“We have designed the system so that, when a driver takes control during an active steering event, the system recognizes driver input and the driver input immediately overrides the active steering system,” says Jon Morrison, president of the Americas at Wabco. “This is a driver assist feature. The driver is in control at all times and can override the assist when desired.”

These steering assist systems are somewhat like antilock braking systems in that they are add-ons to an existing tried-and-true system. If ABS fails, the brakes will continue to function normally, without the benefit of ABS. Should an electric assist feature fail, the steering system would revert to normal hydraulic, without the assistive benefit.

“The base hydraulic steering system does not change,” says Ulrich Bildingmaier, application engineering manager for commercial vehicles at Bosch. “The electric hardware includes a 12- or 24-volt electric motor, electronic control unit, yaw, torque and steering angle sensors, as well as a worm gear to amplify the output torque of the steering gear. If any of that should fail, the system reverts to full hydraulic. On the other hand, the electric system can intervene in the event of a hydraulic system failure, giving the driver limp-home capability.”

Regulations haven’t yet been written for such systems for heavy trucks, though there’s talk of regulations for passenger cars. In passenger cars, the standard hydraulic system is often substituted with an electric steering motor, which might require some kind of backup. That’s not the case with commercial vehicles, says Bildingmaier.

“The system checks itself so if something were to fail the system could revert automatically to the base hydraulic system,” he says. “You have to make the technology robust enough to survive the commercial vehicle environment. Bosch has added a lot of features to ensure the systems meet the CMV durability and lifecycle requirements. And let’s not forget the need for state-of-the-art-cybersecurity integrated into the system as well.”

This advanced functionality is no longer wishful thinking. It’s on the ground and working in Europe and it’s in testing here in North America. Like Volvo, Bosch has systems in working Mercedes Actros trucks. While full ADAS is not functional yet, basic driver assist functionality is available. As for when we’ll see it here, the 2019/2020 timeframe is everyone’s best estimate.

Related: ZF on How Advanced Technologies Can Improve Trucking Efficiency and Safety

Einride, which says its autonomous, electric Pods have the potential to transform shipping networks, for the first time publicly demonstrated how remote operators can monitor and control multiple Pods from a single remote drive station. 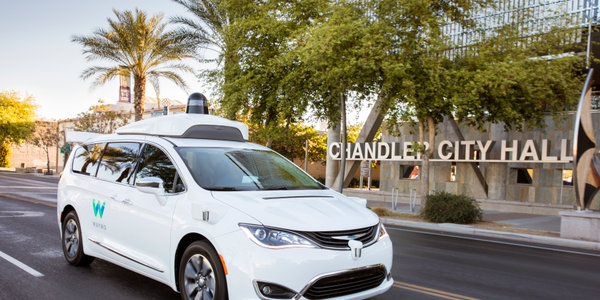 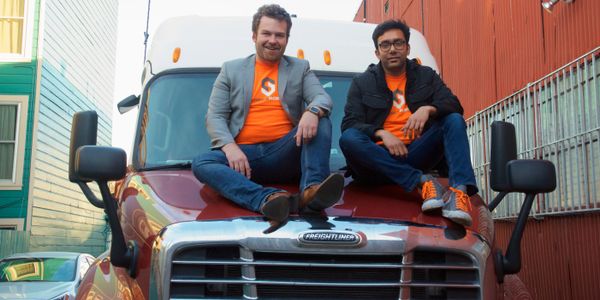 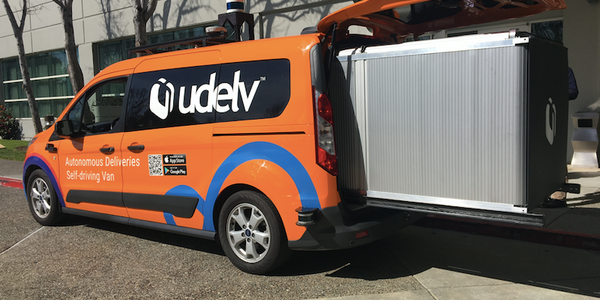 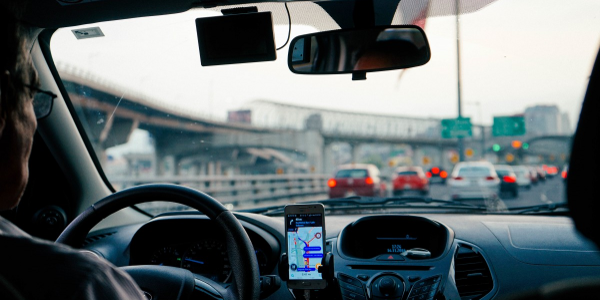 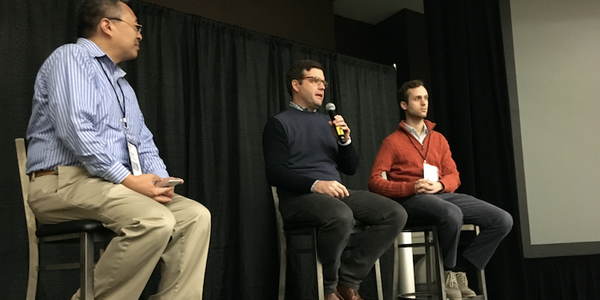 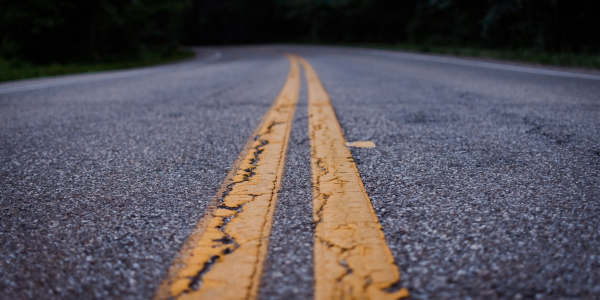 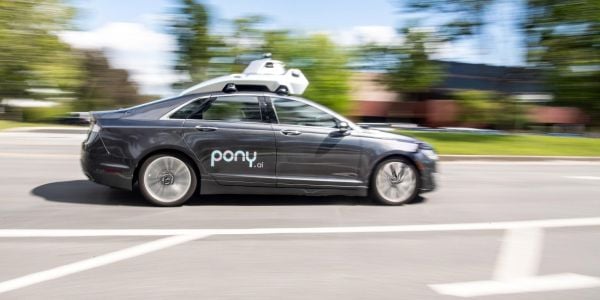