Jeb Lopez had enough on his hands already: his auto parts delivery service serving the D.C. metro area, Wheelz Up, had grown since its inception in 2010 to over 200 cargo vans. In the process, Lopez learned the intricacies of logistics, dispatching, and project management, as well as driver hiring, training, and managing best practices.

Investors took notice: Would he bring his expertise from the world of four wheels to two?

Bolt Mobility, an electronic scooter startup fronted and funded by “the fastest man in the world,” Usain Bolt, needed a way to take share from the major players within the exploding arena of e-scooters. One way to beat them was with more efficient fleet management.

As a result, Lopez started Boltz Up in November to manage the Bolt Mobility e-scooter fleet. “We learned so many things in the last nine years with Wheelz Up, we just transferred the knowledge over to scooters,” he says.

Scooters need to be deployed, charged, serviced, and “rebalanced” — taken from trip endpoints and brought back into areas of high demand. Prevailing wisdom held that independent contractors, paid per pickup, were the most efficient and cost-effective method to get scooters where they needed to go. Lopez discovered this isn’t necessarily the case.

“We managed to fix the issues with 1099 contractors,” Lopez says. “We brought those jobs in house.”

The problem with independent contractors, Lopez says, is that they must be motivated by the per-unit pay, which doesn’t always result in efficient rebalancing. “They work when it’s convenient for them,” he says.

On-the-clock employees, however, can rebalance scooters more quickly. Boltz Up drivers (called Boosters) use company-owned vans that can carry 50 to 60 scooters, as opposed to a contractor’s small pickup that can fit 20 or a sedan that can fit even less.

Lopez is also concerned with the legalities surrounding classification of independent contractors — with employees he won’t face any thorny issues down the road.

“We did it so well that other scooter companies started following suit and hiring W-2s,” he says, though he adds that his contract with Bolt prevents him from working with competitors.

Lopez still owns and manages Wheelz Up. Though the companies are kept distinct, he has transferred many learnings to the new company.

Lopez brought the Nissan NV cargo van, owned outright and used exclusively in Wheelz Up, into his new fleet. Bolt’s competitors will rent vans during peak demand, but waste time having to pick up and return them to the rental agency.

The new Boltz Up vans are also installed with the same telematics system. Lopez can track his drivers and route his vans more efficiently through telematics, a technological tool that’s harder to implement in a non-company-owned fleet. “And we have the data (from telematics) now,” he says. “You can’t do that with a 1099.”

Wheelz Up operates only in metro D.C., yet Bolt Mobility’s growing footprint — the scooter service is now available in 12 U.S. and international cities, with a target of 70 in the next two years — has taken Lopez into new fleet challenges.

The Nissan NV vans run 24 hours and accumulate mileage quickly as they service some 200 to 1,000 scooters in a city. Within two months the vans need oil changes and tire rotations.

For Wheelz Up, operating exclusively in metro D.C., Lopez maintains a warehouse with in-house mechanics to service the vans. For Boltz Up, he must rely on third-party shops or franchised Nissan dealers.

There are even greater challenges in managing a dispersed 24-hour scooter fleet that serves consumers. “You're in cities where there's a love-hate relationship with those scooters,” he says. “Some people hate them. they burn them, they steal them, they hack them.”

As Bolt Mobility grows, Lopez is confident he can take his fleet management expertise — Fleet Management as a Service — into those new markets.

“From what we've learned through Wheelz Up, we were able to take that sense of urgency and the speed to implement into (the new company),” he says. “Once we get the permit (in a new city), we’re able to launch almost immediately.”

The insurance program is designed for fleet owners looking to rent their vehicles for deliveries.

Demand for mobile fueling has shot up across the country as consumers observe shelter-in-place guidelines in response to the coronavirus crisis. 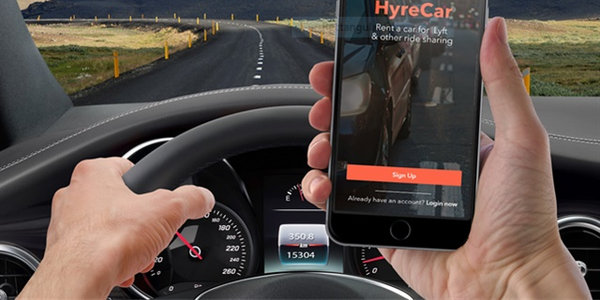 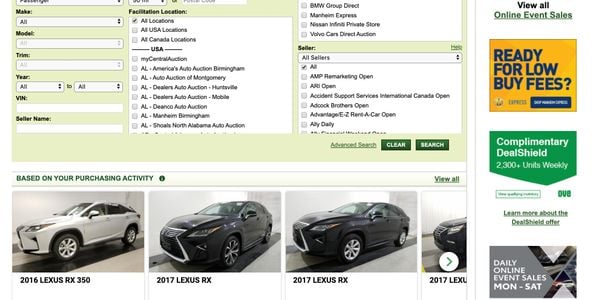 These personalized vehicle suggestions are driven by M LOGIC, a suite of advanced decisioning products from Manheim that bring the power of Cox Automotive data to the remarketing industry. 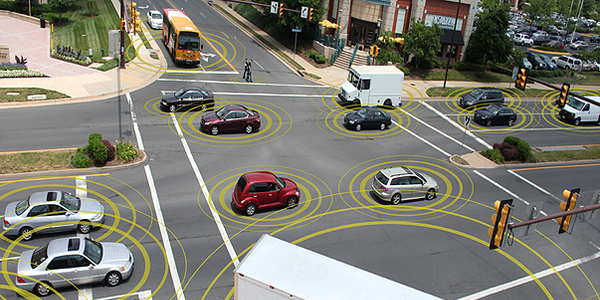 The pilot between Audi, the Virginia Department of Transportation, Virginia Tech and Qualcomm will allow Audi Q8 SUVs in northern Virginia to receive information on highway work and traffic signals.

The new Spiffy Tires service offers mobile and fixed-site tire installation for fleets and features a number of reliable brands, such as Michelin, Continental, and BF Goodrich.