This article was first published on Sifted, a FT-backed media site focused on European technology and startups.

In a response to Richard Parker of Altitude Angel’s post on the limitation of drones and why they haven’t taken off yet, I’d like to put forward the reasons why I believe we can all look forward to drones playing an important societal role within the next few years, and why drone food delivery will happen sooner than you think.

I believe the drone economy is going to be enormous, and I believe we are right on the verge of food delivery with drones becoming an everyday reality for large swathes of the population.

I am the CEO and founder of a business called Manna.aero that plans to use drones to deliver food directly from restaurants and “dark kitchens” — to front doors across Europe and the U.S. We plan to start with a limited scale service in Ireland at the end of this year (Manna is waiting for flight approval from the Irish Aviation Authority), followed by a series of launches in other European markets, under the regulatory umbrella of the European aviation safety body EASA. (EASA just recently published E.U.-wide regulations for drone usage, making it easier for people operating drone businesses to know what is required).

Firstly, and the “sine qua non” of running a regulated business, under the oversight of a body like EASA, – is safety. You simply can’t operate at scale and/or over populated areas with off the shelf drones from a certain Chinese manufacturer like some propose to do.

Manna drones have been designed with a very simple service envelope — 2 kilos of hot food across 2km radius operating areas — safely. This means we have three separate flight computers on each drone powering a fly-by-wire design, redundant power systems, redundant propulsion systems and even redundant parachute systems. We have three independent GPS receivers, three independent comms links (all encrypted), and other non-GPS based geolocation systems in the event of a failure of the GPS signal. In other words, we have designed a reliable mule.

Virtually every instance of negative press around drones lately has been either speculation, or sensationalism. Every professional drone operator and technology company (including us) uses geo-fencing and U-Space management systems, a European network that connects all drones flying in the air and makes them visible to public services like air traffic control, ambulance services, military, and police forces.

Users of the drone airspace (which is below the air space that general and commercial aviation use) already work together to coordinate and avoid each other and to cooperate with authorities. This is not new but regrettably eclipsed by the purveyors of the tabloids and the occasional hyped-up and shamefully unbalanced TV documentary as recently broadcast by the BBC.

Drones emit zero carbon and replace road-based delivery which on average involves a 4km round trip per delivery in a fossil fuel powered vehicle. There’s an additional multiplier effect on carbon emissions from road-based delivery due to the extra congestion they lead to on already busy streets.

Another frequent perception of drones is that they are noisy. This stems from the experience most people have with consumer grade drones that feature very small propellers which by their nature generate a nasty noise profile.

Manna drones are designed to be completely inaudible at cruising altitude and even at our lower delivery height of 15 metres, no louder than a normal conversation.

Drones Will Provide a Better Service

Which makes more sense to you — a person driving a 1,500kg motor car taking 40-60 minutes or more through congested city streets and waiting at traffic lights as she goes to deliver your semi-warm meal (and expecting a tip), or a 9kg Manna drone flying as the crow flies at 80kph and taking a maximum of three minutes to get to your house with a piping hot meal?

It costs companies like Deliveroo, JustEat, Uber Eats (and many more) at least 5 euro ($5.61) a meal to deliver to your house. In a world where the average price of a delivered meal is about 15 euro ($16.83), this is simply too high a price for restaurants or customers to have to pay in terms of platform commission or delivery surcharges.

We believe the final cost of operating drone food deliveries will be a fraction of that 5 euro ($5.61), and we can guarantee a three minute maximum delivery time.

When Uber launched its taxi hailing service in the U.S., the overall size of the market for taxis grew exponentially – driven by the convenience and affordability of “the three minute hail”.

When a three minute drone food delivery becomes a reality, consumer behaviour will change. People will order more frequently and in a more granular fashion. Demand for local products including food will grow and as a consequence, so too will the entire market — creating jobs as a by-product.

PWC estimates that drones will add 42 billion pounds ($52.37 billion) to the U.K. economy by 2030, and create 628,000 jobs.  We think that figure will be a lot higher as existing markets and sectors will be turbo charged and democratized by the disruption and innovation that drones bring.

Drones will replicate the Uber market growth through disruption effect on steroids.

And Finally, Drones Will Save Lives

A recent government report from the Netherlands showed an alarming statistic. Last year alone, food delivery drivers were involved in 116 accidents. In more than half of the cases the driver had to be taken to hospital by ambulance. If you extrapolate based on comparative population size, that number comes to 451 food delivery drivers hospitalised annually in the U.K.

While a consortium of food delivery companies have agreed to move towards paying the drivers an hourly wage instead of an amount per delivered meal in order to stop speeding, bigger names like Uber and Deliveroo have not joined the initiative. Why? Because an unfortunate fact of life is that for road-based food delivery, profitability, and speed come hand in hand.

Those numbers and statements alone are enough reason to want a better way.

Bobby Healy is a serial entrepreneur and currently CEO and founder of Manna.aero, a drone food delivery company. 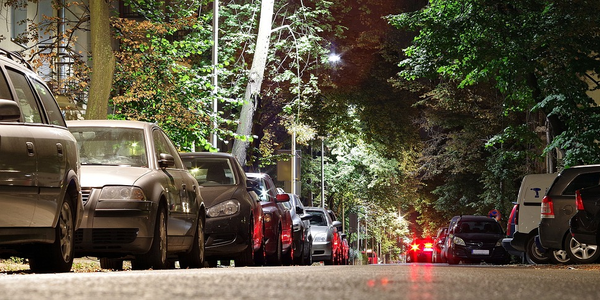 Located between Ann Arbor, Mich., and Detroit, the regional mobility corridor would be an avenue for live testing and deploying autonomous, electric, connected and shared mobility technologies, and digital infrastructure.

Toyota Plans to Build Prototype 'City of the Future' 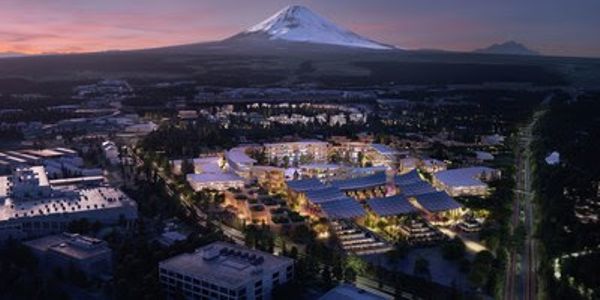 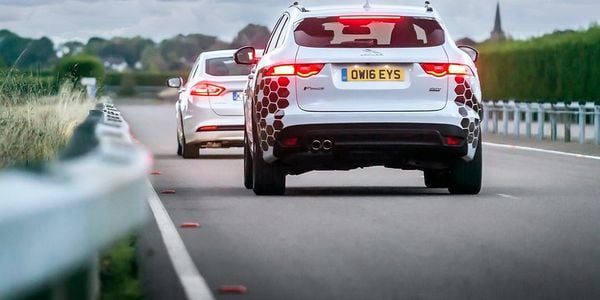 York’s city council has voted to restrict non-essential private vehicles from the city center by 2023 to help decrease carbon emissions and air pollution. 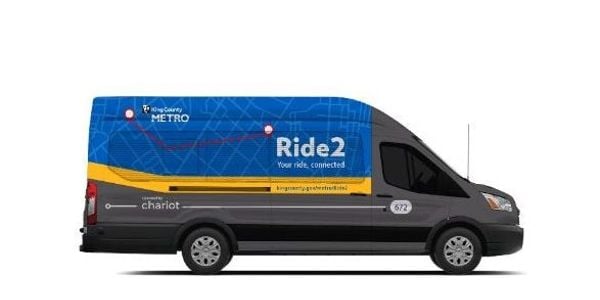 The pilots were designed as 12-month research projects to test innovative solutions to immediate transportation needs.

Aiming to get some diesel-powered delivery trucks off the streets, the Big Apple has approved a pilot to evaluate the performance of "cargo bicycles" on its streets, loading zones, bike lanes, and sidewalks. 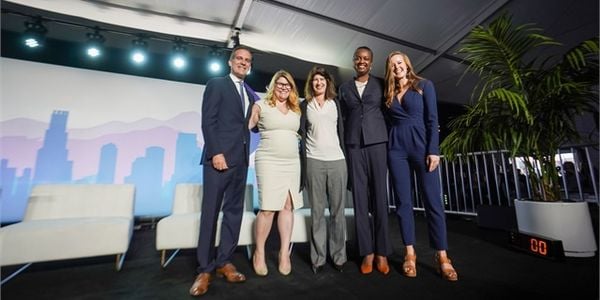 The venture will focus on creating more ways for Angelenos to get around — by bringing stakeholders to the table to develop new ideas, safely testing them on L.A.’s streets, and rolling them out in close partnership with local communities.

The rise in congestion from TNCs can be attributed to the additional miles spent commuting to city centers, navigating to areas of high demand, and driving while they await passengers. 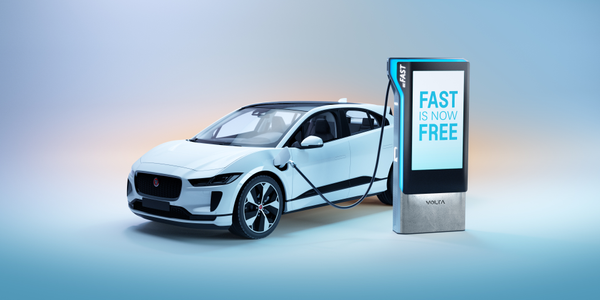 Electric vehicle charge network provider Volta will install the first 150 stations nationwide over the next 12 months. Drivers pay nothing for the first 30 minutes of DC fast charging. 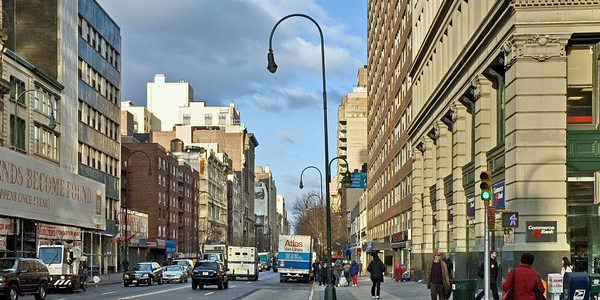 The ban is especially designed to lessen the impact of large tucks and delivery vans.