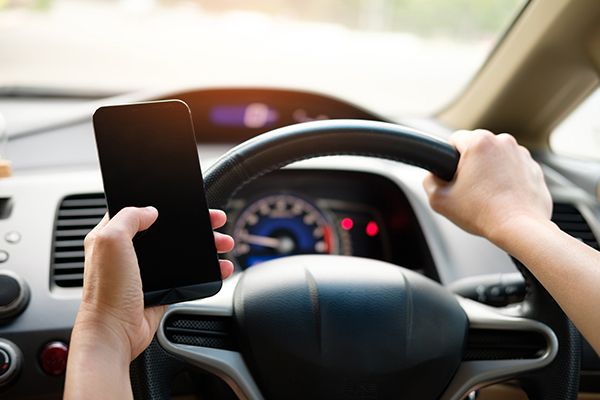 Despite fleet companies creating mobile device policies and installing in-cab cameras, accident rates attributed to distracted driving continue to rise. Distracted driving accidents continue to skyrocket, costing fleets $2 billion annually, threatening fleet driver safety, and damaging brand value. Accounting for 14% of a fleet’s total expenses, accidents are a completely preventable component of an operations total cost. A recent record-breaking $900 million dollar nuclear verdict has set a new precedent for what fleets stand to face as a consequence of distracted driving and marks an uptick in insurance premiums. Combined with potential new federal safety regulations, it is important now more than ever for fleet safety managers to take proactive steps to install safeguards against the rising costs of mobile device distraction. The key to transforming and addressing the ongoing problem will require centering technology addiction as the root cause.

Clear signals of addictive behavior are reflected in habitual cell phone use behind the wheel. On average, people check their phones 47 times a day and use their phones 117 minutes a day. Our brain is hardwired to feel a rush of dopamine when we receive a “ping” from a text or social media “like.” This dopamine response makes it hard to deny checking a device, including while behind the wheel. (Just think about the last time you were at a stoplight and got a ping from an incoming text — did you look?) Cell phone addiction is cultural, making it common for people to use their devices during dangerous situations, such as when driving, and causing people to feel anxiety when they are unable to check their device immediately at any given time. A recent surge in younger drivers makes this problem even more prominent because they’re more likely to be involved in a collision than older drivers.

If the fleet does nothing to address the driver’s dangerous behavior and the driver eventually causes an accident, the ensuing lawsuit could uncover the fact that the fleet had evidence of a distracted-driving problem but did nothing to curb the driver’s behavior. In these cases, juries tend to deliver nuclear verdicts, causing the fleet and its insurer to pay out extreme amounts of settlement money. In order to help drivers improve their behavior and reduce safety policy infractions, fleets need a solution to address technology addiction and aid drivers in improving their device reliance while behind the wheel.

Fleet operations have introduced the use of in-cab cameras to record and respond to cell phone use behind the wheel. Despite providing foolproof recordings of driver behavior, in-cab cameras primarily document behavior after it’s already been committed. Other solutions like mobile device policies can set driver expectations and act as strong deterrents, especially if they incentivize safe driving behavior instead of just penalizing it, but do not adequately address the root of the problem either. The dopamine affects the part of our brain that manages our logic, and even if there is a camera watching our every move, we will reach for our mobile device to check in.

The installed camera revealed the drivers were indeed using their devices while driving, and video evidence began piling up. Once a fleet has video evidence of a driver using their mobile device while driving they must take punitive action, which is typically termination. This leads to a higher driver turnover, additional recruiting and training costs, and lost productivity.

Only preventative technologies that address the behavior before it leads to the loss of life and property can adequately intervene in dangerous, addictive cell phone use. Apps that prevent distracted driving, like the Evvy App and associated Motion IQ Evvy Manager Dashboard, are comprehensive because they restrict cell phone use when it detects that a vehicle is in motion. These technology solutions help the driver break their addiction and are unmatched because of its preventative approach to help drivers maintain connectivity in a way that’s safe, effective, and empowering, but that breaks the addictive cycle of habitual and culturally ingrained dangerous cell phone use.

Distracted driving apps and other technology offerings coming onto market will make roads safer with innovations that allow drivers to work in a distraction-free environment while staying connected. We must recognize that we live in a tech-driven world and that tech problems must be confronted with tech solutions. By recognizing the outsized role tech now plays in our lives and the universal addiction we have to our devices, fleets can be a part of building healthy limits and supports to guide drivers and all of us to healthier relationships with technology and keep us all safer on the road.